I haven’t jumped in on the #WANAFriday fun yet, but this week’s post sounded like fun, so I decided to join in (even if it is Monday)! 🙂

For anyone who doesn’t know what #WANAFriday is, a group of writing friends got together to pick a weekly blog topic to help everyone come up with new topics.  Whoever wants to join in writes a post, linking to all the other posts on the topic.  Here is this week’s topic:

Tell us about something you used to be into but aren’t anymore — a hobby, an activity, a band, a TV show, etc

I had quite a few ideas for this.  I have had a lot of interests come and go over the years.  I think the one I miss the most, however, is pro beach volleyball. 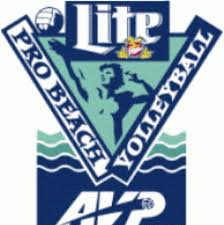 When I was a teenager, we would go to the AVP (Association of Volleyball Professionals) tournament in Belmar, NJ every summer.  My dad was a volleyball junkie (playing and watching), and the rest of us quickly realized how much it was.

My mom was a huge fan of Randy Stoklos, but I preferred his partner on the court, Sinjin Smith. At the time, the duo had won more tournaments than anyone else on the tour.  Still, my favorite was Adam Johnson.

It was the 90s, and I absolutely loved his floppy blond hair, especially when he would jump for a serve or spike.  And, my mom and I were both happy when her favorite and mine played together for a little while. Check out the above video from the 1996 Olympic trials.

As players came and went I found other favorites as well.  Eric Fonoimoana and Todd Rogers were both always accessible to fans, willing to sit and chat and take a lot of pictures with a boy-crazy teenager.  I never could pick a favorite between the three. (I have hundreds of pictures, but most of them include me in a bikini, so I decided they didn’t need to be shared. 😉 )

As prices went up and television coverage went down (and I no longer had my parents to pay for my trips to the beach), I found myself watching less and less volleyball. The rest of my family seems to have moved on to golf.  Still, when I saw Todd Rogers playing for the US in last year’s Olympics, I found myself cheering my heart out once again!Todd Rogers at Patria Direct Open 2011 (Photo credit: Wikipedia)

What about you? Is there something you loved that you aren’t as into anymore? Do you ever find yourself nostalgic for the passion you used to have? Are you as mesmerized as I am by Adam Johnson’s hair? 😉

Don’t forget to check out the other WANAFriday Posts: